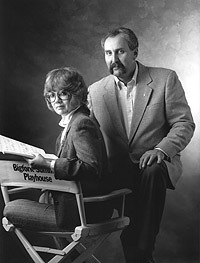 Don Thomson returns to the Playhouse for his 57th season as Producer.  In 1964 he joined the theatre to design and build scenery and also appeared on stage.   Originally from Harlowton, Montana, he graduated from Drake University in Des Moines, Iowa with a B.F.A. in Theatre.  He received his M.A. at the University of Montana and went on to teach Theatre Arts for five years at Kearney State College in Nebraska.  From there he moved to Great Falls to teach at C. M. Russell High School for six years.  Each of those summers he returned to Bigfork with his family to continue with the Playhouse.  In 1978 he moved his family to Bigfork year-round in order to devote more time to operate the theatre and work towards building the new theatre, which was ready for the 1988 season.

Don helped to establish the Bigfork Community Players helping them with sets, props, costumes and directing in the beginning years.  He served on the Governor’s New Cultural and Aesthetic Projects Advisory Committee and in 1997 he and his wife Jude were awarded the Governor’s Award for the Performing Arts.  He handles construction of the sets and being the number 1 fan at almost every performance.

Jude Thomson spends her 55th season at the Playhouse to oversee the Box Office and Front of House.  Originally from Kalispell, she attended the University of Montana where she studied Music theory and Composition.  While there, several of her original works were performed in the Hindemith Memorial Concert.   Jude is a major force in the selection and auditioning of the company and was rehearsal accompanist and directed the orchestra for the musicals since 1965.   This is the first season she will not be playing the keyboards for the shows, but can boast in the years she did, she never missed a rehearsal or performance.   Jude and husband Don were recognized in the 2007 ODESSEY OF THE STARS at the University of Montana, celebrating Alums that have gone on to careers in the Arts.   The Thomson’s have two sons who are also in the arts.   They have five grandchildren:  Paige Michaela, Jenica Brynn, Brooke Gavell, Tristan Taylor and Kyle McKinnon. 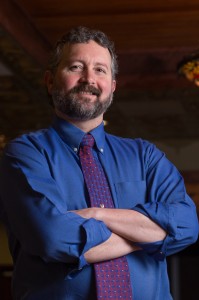 Brach Thomson is a major part of the production staff wearing multiple “hats” in the operation.  He has been Company Manger and played Keyboards in the ensemble for the past 20 years with favorites including CATS, Little Shop of Horrors, Seussical, The Wedding Singer and Dirty Rotten Scoundrels to be some of his favorites to play.  He directs the HITS of the 50s, 60s & 70’s, and The Totally Radical 80’s Revue, and conducts the musical ensemble for all of the musicals.

With a Bachelor’s degree in Music from the University of Nevada, Reno, Brach ran the Yamaha Music School and founded the Keybanger Music School in Reno.  Brach has Music Directed for the Nevada Rep, Reno Hilton, Truckee Meadows Community College, Reno Little Theatre and The Actory.  He performed with a number of artists including Toni Tennile, Ann-Margaret, Juliet Prowse, Charo, George Chakiris and Juice Newton.

Brach is the Artistic Director and Producer of the Bigfork Playhouse Children’s Theatre (BCPT) which celebrated its 19th season this past year.  BPCT reaches over 5,000 young people, every year, through productions and education, with over 500 participants in the new Afterschool Performing Arts Center.   Brach has directed over 50 productions with some of his favorite being The Lady Pirates of Captain Bree, Godspell, Wizard of Oz and the Murder Mysteries.

Brach and his wife Lisa have a son, Kyle, and a daughter, Jenica.